With it raining lightly outside and the temperature dropping at an alarming rate, it seemed more than appropriate for everyone to huddle inside The Brudenell Social Club for a night of quiet, melancholy music.

Support came from Altar Hanglands, a local solo artist who had been going through a relatively inactive period up until this show. With songs that brought a somber yet calming feeling into the room, it was quickly apparent that he was the perfect act to open the evening. His lyrics and diction harkened back to a young Andy Hull (a likeness fit for what was to follow), and armed only with an acoustic guitar, his music demanded a silent room, which he received in spades.

Julien Baker entered to a thunderous applause that was quickly turned into hundreds of wide eyes as the guitar loop for ‘Appointments’ swelled through the amps. To open on such an emotional high point could’ve been a dangerous move: however, she managed to exceed expectations with each song. After a hauntingly sparse cover of ‘100 Dollars’ by Manchester Orchestra, she explained how nervous she was due to being able to actually see the whole crowd under the venue’s blue lights shining down, and that the cover helped calm her nerves in situations like these.

After this, she visited her 2016 debut “Sprained Ankle” for the songs ‘Everybody Does’ and ‘Sprained Ankle’, the latter receiving a crowd accompaniment that began as a mutter and ended with a triumphant chorus singing in unison with Julien’s soothing vocals, This, however, was quickly replaced with a crushing silence as she began playing ‘Shadowboxing’, which truly brought out a deep rooted sadness in the 22 year old as she sang, “There’s a comfort in failure / singing too loud in church / screaming my fears into speakers”, providing an intimate moment between herself and the patient audience.

Julien effortlessly switched to the piano for ‘Televangelist’ (an instrument I had no idea she was so proficient in), as she glided through the track with such grace that it left the crowd in awe, taking a moment before a heartfelt praise. By the time ‘Turn Out The Lights’ was played, there wasn’t a dry eye in the room – her guitar became a wall of sound, littered with looped arpeggios and overdriven chords. Before ending her set, she thanked everyone for being so polite and wonderful, a rare and genuine gratitude that isn’t seen as often as you’d want it to be. 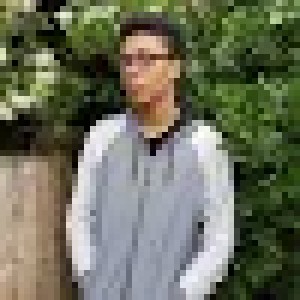