Mark ‘E’ Everett’s Eels return with ferocious talent in their 10th studio album, the aptly named Wonderful, Glorious. Each song is a confessional from a man whose lyrics sound like unexpurgated diary entries. Throughout their musical career, Eels have given us a beautiful mix of lullaby-like riffs, screeching guitar and Everett’s snarling voice, which combine perfectly in a diverse sound.

While other albums have flowed with a depressing tone throughout, this album shows some glimmers of cheer. Older songs, like last decade’s infectious ‘I Need Some Sleep’, contain lyrics like ‘Time to put the old horse down / I’m in too deep’, whereas now Everett sings like he is introducing his revival. In the opening track ‘Bombs Away’, he admits ‘I’ve had enough of being complacent’, and it is clear he is back with bite.

Some incredibly catchy electro-blues sounds and snapping bass are found in ‘Kinda Fuzzy’ and ‘Peach Blossom’, the latter sounding like it would not be out of place on an early White Stripes album. While being a more uplifting album than ‘Beautiful Freak’, there are still some painfully melancholy moments. Everett has a wicked gift of making every whispering lyric sound like a scream from a suffering man, so much so that some songs are tear-inducing. On this album, in songs like ‘Accident Prone’ and ‘True Original’, the sentiment falls short because of slightly thin and lazy lyrics, but the shining track is ‘On the Ropes’, in which he cries ‘I may not get, everything I bet / but I’m a man who always copes’. Such a reflective, brooding song; it stands out from the lot.

The louder songs will be the most popular, and some songs like ‘I Am Building a Shrine’ are crying out to be even louder. Some songs sound too reserved, but Everett knows, ‘No one listens to a whispering fool’, and gives us excellently resonant opening and closing tracks. The former, ‘Bombs Away’, is packed with energy, which is unusual for the starting point of an Eels album, and the latter, ‘Wonderful, Glorious’, has a gutsy pop sound that’s hard not to like.

‘Wonderful, Glorious’ is polished enough that those listening to Eels for the first time will enjoy this album. Fans may be left wanting a little more audacious and sickly-sweet sounds, like those we are used to, but this album is a great addition to Everett’s legacy. 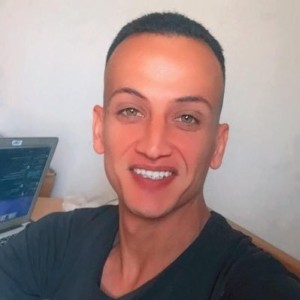